What are GMOs?
GMOs (or “genetically modified organisms”) are organisms that have been created through
the gene-splicing techniques of biotechnology (also called genetic engineering, or
GE). This relatively new science allows DNA from one species to be injected into
another species in a laboratory, creating combinations of plant, animal,
bacteria, and viral genes that do not occur in nature or through traditional
crossbreeding methods.

Are GMOs safe?
In 30 other countries around the world,
including Australia, Japan, and all of the countries in the European Union,
there are significant restrictions or outright bans on the production of GMOs,
because they are not considered proven safe. In the U.S. on the other hand, the
FDA approved commercial production of GMOs based on studies conducted by the
companies who created them and profit from their sale. Many health-conscious
shoppers find the lack of rigorous, independent, scientific examination on the
impact of consuming GM foods to be cause for concern.

Do Americans want GMO FREE foods and supplements?
Polls consistently show that a significant majority of North Americans would like to
be able to tell if the food they’re purchasing contains GMOs (a 2008 CBS News
Poll found that 87% of consumers wanted GMOs labeled). And, according to a
recent CBS/New York Times poll, 53% of consumers said they would not buy food
that has been genetically modified. The PURE INTEGRITY VERIFIED™ Seal of Approval for
companies,will for the first time, give the consumer an assurance to make informed decisions.

How common are GMOs?
According to the USDA, in 2009, 93%
of soy, 93% of cotton, and 86% of corn grown in the U.S. were GMO. It is
estimated that over 90% of canola grown is GMO, and there are also commercially
produced GM varieties of sugar beets, squash and Hawaiian Papaya. As a result,
it is estimated that GMOs are now present in more than 80% of packaged products
in the average U.S. or Canadian grocery store.

http://www.organicconsumers.org/monsanto/news.cfm  is another great site to get information about the Evil Food Empire, Monsanto.

This is what our T.O.U.R.s across the nation are all about...Standing UP PURE foods and gaining control of our Food  & Health FREEDOMS~!

Myth: The FDA Conducts Safety Tests of All GM Foods
You might think the FDA thoroughly tests genetically modified foods to make
sure they are safe. In fact, the FDA doesn't test them at all.

Instead, says Consumer Union's Jean Halloran, it takes the word of the companies that
develop the foods.

"When a company comes in with data, the FDA looks at
it and writes a letter saying, "Dear Monsanto, you supplied information
regarding the safety of corn variety X and we are confident about what you've
shown," Halloran says. "It is your responsibility."

Monsanto is the world's largest developer of GM foods
as well as the corporate Giants who want to CONTROL the world food supply.


Furthermore here is the make up of genetically engineering:
Monsanto is genetically engineering corn (with the Bt soil bacterium) so that every cell in the DNA of
corn (and cotton) which become a pesticide in the gut of the insect that feasts and
the animals or mammals that have eaten the crops. Additionally, animals eating
only genetically modified corn have been found to become sterile and making
farmers unable to maintain a herd, or in the case a flock.

The other ingredients fed to poultry include soy and alfalfa, which are
also being genetically modified with a bacterium found at a hazardous waste site,
growing in the presence of Roundup. The biotech-pesticide giant decided
to put the bacterium into food. GMO soy and corn are planted in wildlife
efuges throughout the USA, and possibly in Alaska as well. This contaminates
food crops for livestock and possibly wildlife. Although, rats, cows or pigs
given a choice will not eat genetically modified food. Animals that have eaten
genetically modified soy have increased organ damage. Humans who have eaten this
herbicide drinking crop which is in vegetable oils, fried foods, as well as fed
to livestock have some of the same symptoms as people in Taiwan who actually
drank Roundup trying to commit suicide, according to a study at the National
Library of Medicine.

The USA plants millions of hectares of genetically modified
crops that have had no government over sight when they are released into the
marketplace, no peer reviewed studies showing safety for humans and animals, and
we, unlike most other countries, we are not allowed to have mandatory labeling
because conservatives in Congress have blocked that right to know, compliments
of the biotech-pesticide industry.

If a product is as safe as they claim, why do corporations want the public
kept controlled and ignorant?

The entire European Union, Indonesia, Japan and Taiwan do not
allow Genetically Modified crops to be planted for anything other than testing,
AND the public has the right to know. .

Is this because of the increased
allergens afflicting people, especially infants and children eating these foods?
Or because the GMO foods create new toxins not prevalent before, new diseases
like gastroesophageal reflux disease which includes inability to swallow,
bleeding stomachs, ulcerated esophagus --coincidentally the same symptoms as
Roundup? Or, is it because animals not given a choice, are dying.

The pesticides being sold to go with these genetically
modified seeds are made from natural gas and other petrochemicals, and is about
to poison Alaska like the rest of the USA. All for the petrochemical industries.


What’s wrong with Genetic Engineering?
Genetic engineering is a radical technology that breaks down genetic barriers between humans,
plants and animals. Once released, these genetically modified organisms (GMOs) can
easily spread and interbreed with other organisms, and they are virtually
impossible to recall back to the laboratory.

Monsanto provides roughly 90% of GMO seeds in the world.
These seeds have been genetically modified to produce their own pesticide or
survive repeated spraying of their toxic herbicide Roundup. Monsanto’s GMOs are
not designed to increase yields to feed the world, but rather to increase
Monsanto’s profits by increasing the use of chemicals such as Roundup and
selling their high-priced patented seeds which farmers must buy every year.

Due to the enormous political clout of Monsanto, the American
public is being denied the right to know whether their foods are genetically
engineered or not. Following is a list of 10 facts about Monsanto and GMOs, and
how they can adversely affect your health, local farmers, and the planet.

10 Things Monsanto does NOT want you to know

1 No GMO Labeling Laws in the US
Foods containing GMOs don’t have to be labeled in the US.
Monsanto has fought hard to prevent labeling laws. This is alarming, since
approximately 70% of processed foods in the US now contain GMO ingredients. The
European Union, Japan, China, Korea, Australia, New Zealand and many other
nations now require mandatory GMO labeling.

3 Monsanto Puts Small Farmers out of Business
Percy Schmeiser is a Canadian farmer whose canola fields were
contaminated with Monsanto’s Round-Up Ready Canola by pollen from a nearby GMO
farm. Monsanto successfully argued in a lawsuit that Schmeiser violated their
patent rights, and tried to force Schmeiser to pay hundreds of thousands of
dollars in damages. This type of biotech bullying is happening all over North
America.

4 Monsanto Products Pollute the Developing World
Monsanto’s deadly legacy includes the production of Agent
Orange and DDT. Now massive aerial spraying of Roundup in Colombia is being used
by the US and the Colombian government as a counter-insurgency tactic,
contaminating food crops and poisoning villagers.

5 Monsanto Blocking Government Regulations
A revolving door exists between Monsanto and US regulatory
and judicial bodies making key decisions. Justice Clarence Thomas, a former
Monsanto lawyer, was the one who wrote the majority opinion on a key Monsanto
case. Michael Taylor once worked for the FDA, later represented Monsanto as a
lawyer, then returned as the FDA’s Deputy Commissioner for Policy when rBGH was
granted approval.

6 Monsanto Guilty of False Advertising
France’s highest court ruled in 2009 that Monsanto had lied
about the safety of its weed killer Roundup. The court confirmed an earlier
judgment that Monsanto had falsely advertised its herbicide as "biodegradable".

8 GMO Crops Do Not Increase Yields
A major UN/World Bank-sponsored report compiled by 400
scientists and endorsed by 58 countries concluded that GM crops have little to
offer to the challenges of poverty, hunger, and climate change. Better
alternatives are available, and the report championed organic farming as the
sustainable way forward for developing countries.

10 GMO Foods May Lead to Food Allergies
In March 1999, UK researchers at the York Laboratory were alarmed to discover
that reactions to soy had skyrocketed by 50% over the previous year. Genetically
modified soy had recently entered the UK from US imports and the soy used in the
study was largely GM.

Now, we would also like to point out to you that FUEL for the BODY strives to go ABOVE & BEYOND the GMO infestation of our food supply.  We believe in a TOXIC FREE world, period.  We believe that a company should be completely free and clear of not only GMO's, but also, round-up, herbicides and pesticides.  They should also be FREE of toxic ingredients such as artificial coloring, artificial additives and sweeteners as well as FREE of ingredients that create a toxic collision when mixed together. We believe that a company should be a PURE and CLEAN company as a whole and NOT just one of their products.  It's ALL or nothing with us.  This is why our staff has teamed up with the creators of the The PURE INTEGRITY VERIFIED™ Seal of Approval.  To bring YOU, the consumer pure information to help you make an informed decision.  When you see the PIV seal of approval on a company, this means that the entire company has passed the seal's strict standards. This is all in an effort to create a toxic FREE WORLD! 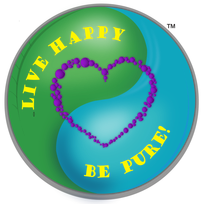 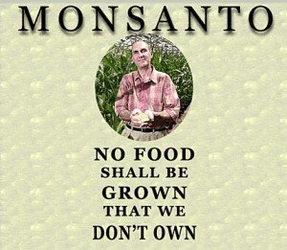 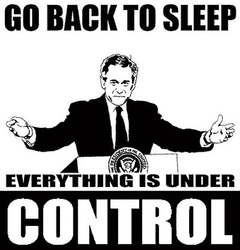 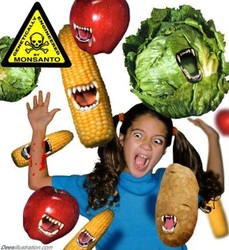 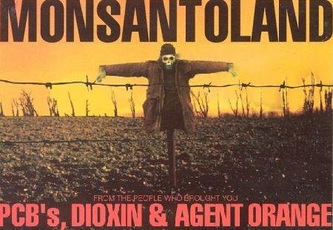 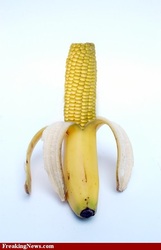 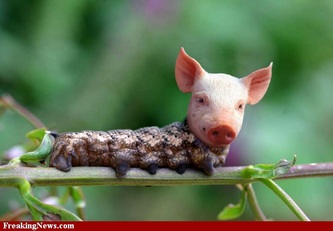